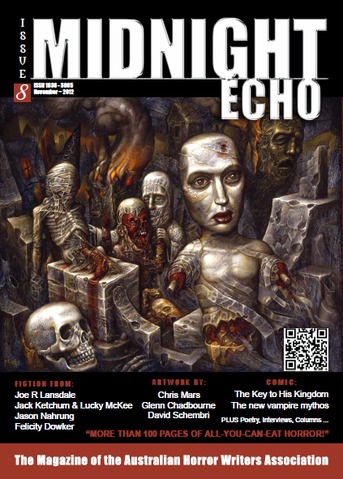 Midnight Echo, the official magazine of the Australian Horror Writers’ Association has revealed the cover and full Table of Contents for issue 8.

Allure of the Ancients; The Key to His Kingdom – story by Mark Farrugia, illustrations by Greg Chapman

Pre-orders for the limited print edition are now being taken.